John Song and the Turtle Ship

My student John Song blew me away with what he has been keeping busy with....look at this beautiful ship that he has built and read the story behind this fascinating ship. Thanks for teaching me some of your South Korean history, John!

14 February 2020 Valentine's Day. There are two people who are considered great in Korea. One of them was Yi Sunsin. He was an admiral, and he fought at sea with the ship he made. His ship was called 'Turtle Ship'. It sounds weird, but the ship was great. Korea fought at sea with Turtle Ship 23 times, and they won every time led by Yi Sunsin. The Turtle boat was made of pine, which made the ship very strong. And it had cannons at the dragon's head and along the sides. At that time, Korea made canons that shot twice as well as any other country. These things made Korea invincible. Yi Sunsin fought 23 times, but there is one battle that I remember, called the 'Myong Lang Battle'. In this one battle, Korea with 12 Turtle ships defeated 140 ships. 31 enemy ships were destroyed and the other ships fled. 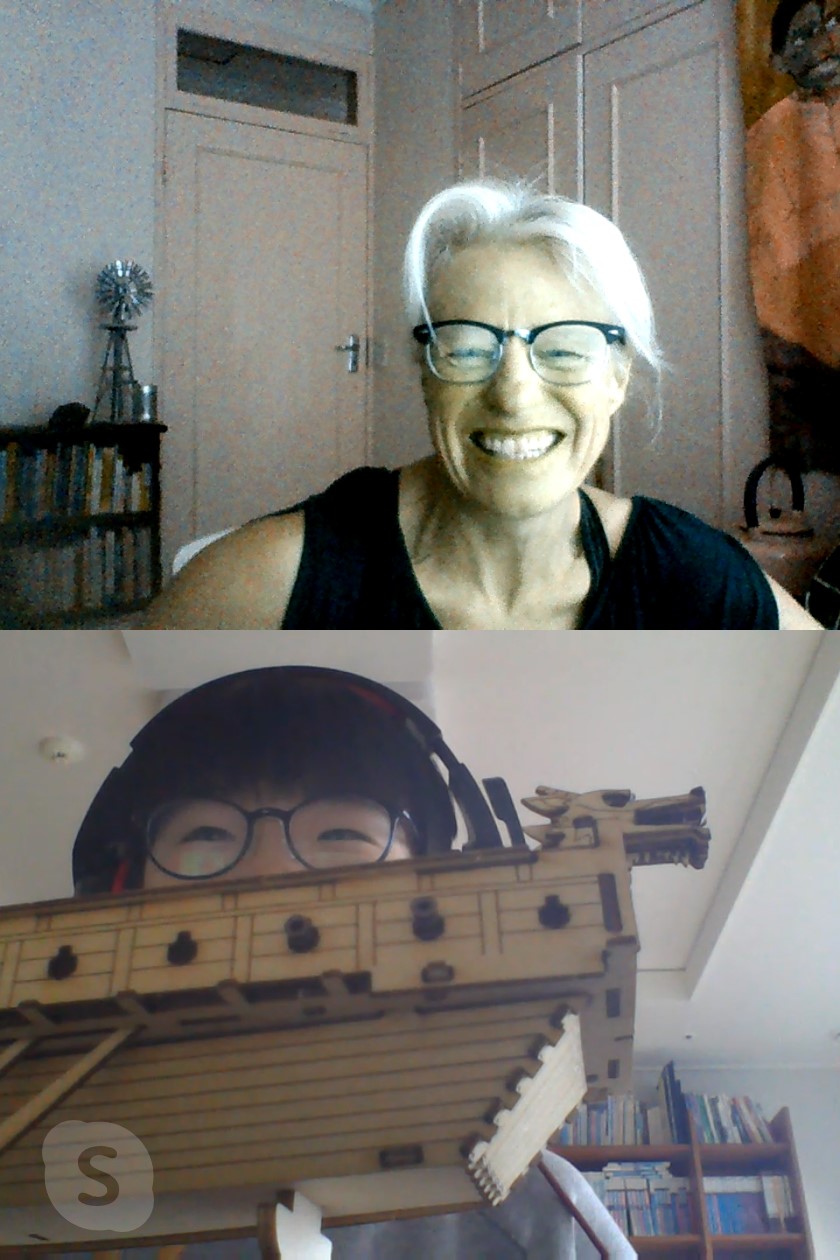