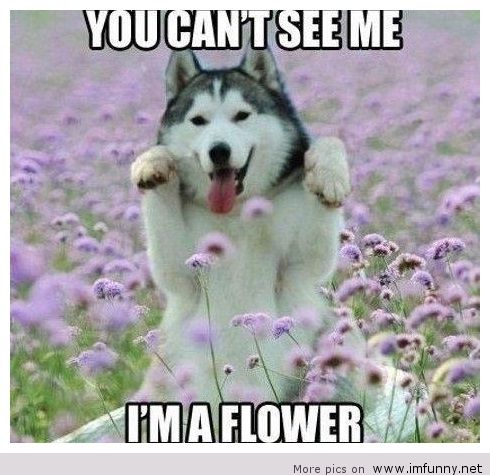 Once upon a time there were husky dog siblings. The older dog was named “Husky” and his younger sister was named “Stella.” Husky and Stella weren’t common dogs. They were wizard dogs. Also, they were going to open a flower shop. When they sensed  danger they were able to camouflage themselves to look like the flowers that were near them.

One day enemies attacked their village. Everyone ran away except Husky and Stella. They ran to the flower garden and …..Ta-Da! They made themselves look like flowers. Suddenly the enemies came into the flower garden, but they couldn’t see Husky and Stella. Stella and Husky laughed because it was silly. And then they shouted to the enemy, “you can’t see us because we are flowers.”