Hi, Hello, My name is David and I live in Daegu.
Snowboarders say, "Yo dude what's up?" Skiers say, "Hi Hello, What's going on?" Since I'm a skier, I say, "Hi, Hello, What's going on?"
I wrote a song about winter in which I speak of Highone, a ski resort in Korea. The original song is called "Top of the World" by the Carpenters made in 1972. My song is called "David Loves Skiing".
Such a winter's comin' over me
There is snow in most everything I see
Many clouds in the sky
Snowball to my eye
And I wish it were a hot pack instead
Everything I want the world to be
It is now coming especially for me
And the frozen snow
It's because it's too cold
You're the first to be hit by me
I'm on top of Highone  lookin and skiing around
And the only fun stuff I can find
Is the ski that I've found ever since I turned eleven
Your winter's put me at top of Highone
Something in the snow has learned my skill
And it's telling me you're the loser with no skill
In the snows on the trees and the touch of tundra
There's a freezing darkness for me
I wrote this song because I really really really love love love skiing, and I wish you guys will have fantastic winter skiing.
~DLS (David Loves Skiing)
David Loves Skiing 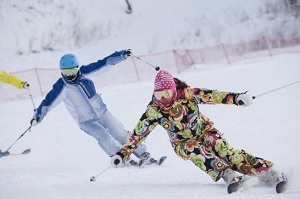